I really have a passion for sewing, and absolutely LOVE the Sew Thoughtful and Sew Thankful Cling Mounted Stamps from Red Rubber Designs! It's been a long time since I've actually sewn with fabric, but played around with some black lace and pink organza to make this skirt and corset to put on my mannequin, which I embossed in silver.

The skirt was just glued together, but the corset was stitched on the sides to give it some shape. Then I cut it in half along the front, and hand-stitched the lacing. 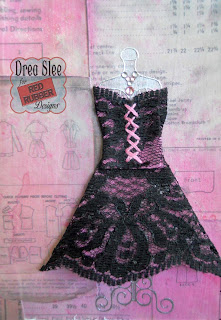 The background of the card was made with a sheet of older Basic Grey "Lucille" paper, which I cut and collaged together using some clear gesso. Then I sprayed it with some pinks and silvers, distressed the edges, and sewed the black zigzags with my sewing machine. 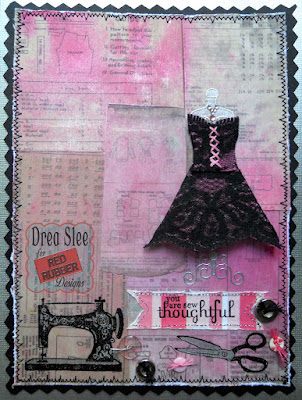 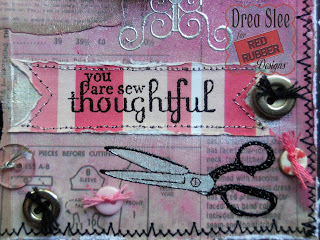 Thanks SEW much for your visit!

Thank you for your feedback - we love to hear from you! 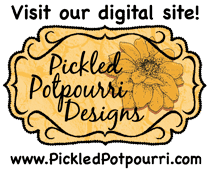 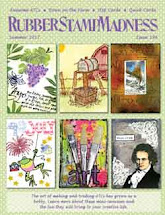